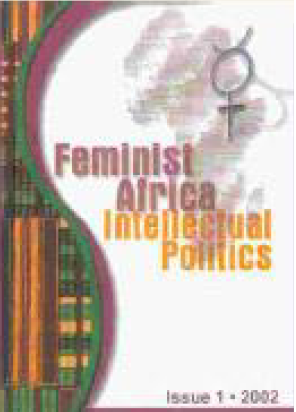 The launch of Feminist Africa marks a critical moment in the continental history of gender politics. Three decades after the development industry first began to respond to the international resurgence of women's movements, African gender politics have become increasingly complex and contradictory. Feminism, as a movement that is both global and local, leaves little untouched. In post-colonial contexts it presents a praxis that directly opposes the hegemonic interests of multinational corporations, international financial and development agencies and nation-states, as well as the persisting male domination of disparate traditional structures, civil society formations and social movements.