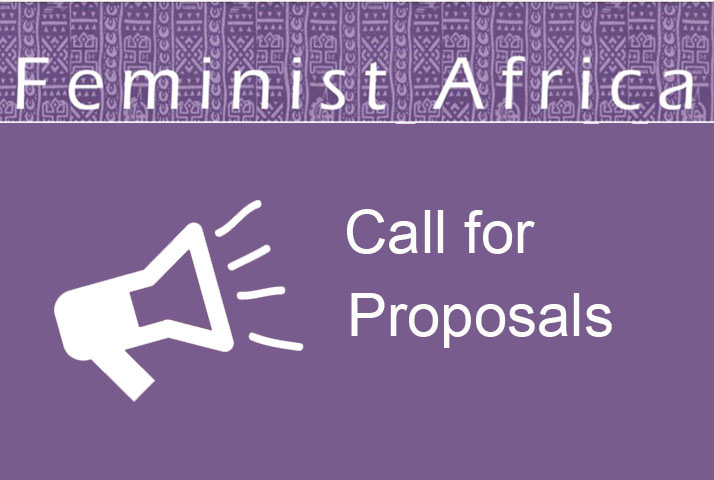 Call for Proposals to Join a Research and Publishing Consortium

Current struggles for decolonisation, democratisation, economic justice and emancipation such as the Arab Spring, the Rhodes/Fees must Fall campaign in South Africa, Black Lives Matter, the uprisings against dictatorship and misrule in Sudan, Burkina Faso and Nigeria, as well as more localised struggles against land and natural resource dispossession and immiseration in Tanzania, Ghana and South Africa, have drawn attention to women’s leadership and the feminist agendas of Africa’s 21st Century struggles. This current visibility and the emblematic character of women’s leadership is unsettling received notions about women as second tier players in national, pan-African and global struggles. While superficial observers are surprised by the sight of women on struggle frontlines, feminist scholars, drawing on their understanding of the long traditions of women’s activism and struggles, see these developments as a specific conjuncture in the movement building, thought leadership and struggle credentials of African women.

There is a large body of work by Africa’s feminists that has chronicled rural and urban women’s struggles for national liberation and for emancipation and gender equality since independence to which Feminist Africa (FA) has made significant contributions. This literature has shown that struggles during the colonial period in which women played pivotal roles such as the Women’s War by Aba women in Nigeria, the cocoa holdups in Ghana, the Nyabinghi movements of East and Central Africa, Mau Mau in Kenya and the liberation works against Portuguese colonial rule and the anti-apartheid struggles have laid firm foundations for more recent struggles against imperialism, neoliberalism, and dispossession in the post-colonial era.

Feminist movements and struggles today raise several pertinent questions that constitute a rich and cutting-edge research agenda that can examine new questions while shedding more light on old debates. These include how the current conjuncture, characterised by the crises of neo-liberal globalisation, demographic stresses, the regression of liberal democratic impulses and intensification of state repression, corruption and ineptitude, has framed the demands of feminist movements in ways that require a reassessment of what is feminist; how the terrain of struggle is changing and with it, methods, organisational forms and technologies; the inter-sectional and inter-generational identities and dynamics of feminist struggles, and the implications of all these questions for the transformation of societies and the emancipation of oppressed social groups.

The overarching question will be what constitutes 21st Century feminist struggles in Africa, and what are their antecedents and futures? To address this and related questions, and to continue with the work FA has done in the past twenty years, we are calling for expressions of interest in participating in a consortium to research and write for a series of FA issues on Africa’s 21st Century Feminist Struggles.

Researchers will identify transnational or national, rural, or urban struggles and movements, highlight their specificities, what makes them feminist and how they speak to existing empirical and theoretical literature on feminist struggles and movements in Africa, particularly the questions of inter-generational dynamics. The research will explore among others, the following questions:

Please submit a short proposal of no more than 2,000 words under the following headings: a) introduction, b) background and context, c) problem statement and research questions, d) methodology, e) workplan covering the 36 months of the project starting from October 2021; and f) budget. A separate short CV of no more than 1,000 words should be included in the application dossier.

A panel constituted by Feminist Africa will select 6 proposals for the Project. Selected proposals will be supported with a small grant of up to US$6,000 for research and writing costs over two years. Researchers who join the project will be expected to participate in an inception workshop, other project-wide activities and submit 3 manuscripts for possible publication in Feminist Africa over a three-year period.