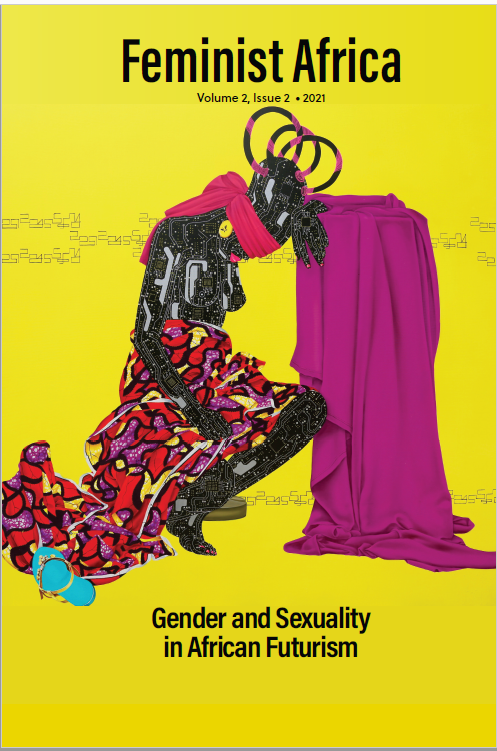 This Feminist Africa issue was inspired by my weekly conversations with five African-born graduate students in “Gender & Sexuality in Afro-Futurism”, an upper-level course offered by the Department of African Cultural Studies at the University of Wisconsin-Madison in the United States. We began the course by discussing why individuals of African descent have been marginalised in science fiction, a genre of fiction that conceptualises future scientific or technological advances. We observed that while White men have long dominated science fiction, Black people have expanded the boundaries of the genre. For instance, we debated how continental Africans have used Afrofuturism—an interdisciplinary genre and movement that emphasises the cultural aesthetic, philosophy of science, and philosophy of history to address the developing intersection of cultural expressivities and performances with technology in the African diaspora—to imagine diverse futures and the effects of rapidly changing gender ideals in postcolonial contexts. The conversations continued with a discussion of the naming of “Afrofuturism” as a genre and a dialogue of its relevance to the African continent.